It gives us great pleasure to announce that WFMT’s longtime Morning Program host Carl Grapentine has been named the winner of the Northshore Concert Band Lifetime Achievement Award. 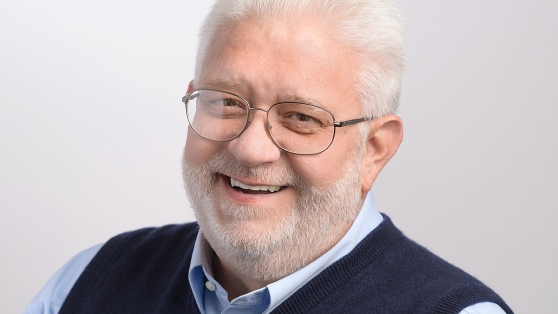 An alumnus of the University of Michigan School Of Music, Carl Grapentine has been the “stadium voice” of the University of Michigan Marching Band for forty-eight seasons—his voice being heard on national telecasts of sixteen Rose Bowls and numerous other bowl games. In 2006 he also assumed the responsibilities of game announcer at Michigan Stadium. An accomplished conductor and singer, he has many years of experience as a church music director. Currently, he sings in the choir of Grace Lutheran Church in River Forest. He also has sung the national anthem for professional and collegiate sporting events at Wrigley Field, old and new Comiskey Park (now Guaranteed Rate Field), Tiger Stadium, the Pontiac Silverdome, and the University of Michigan’s Crisler Arena.

Mr. Grapentine presents pre-concert lectures for the Chicago Symphony Orchestra, Lyric Opera of Chicago, Music of the Baroque, and many other groups. He has also performed as narrator with the Chicago Pro Musica (members of the CSO) and hosts concerts for numerous community orchestras and bands. He has been the host for the nationally syndicated broadcast concerts of the Montreal Symphony Orchestra on the WFMT Radio Network, and he hosts the National Concert Band Festival in Indianapolis each spring.

Carl Grapentine has been a member of the Northshore Concert Band Advisory Board since 2012. We recently sat down with him and talked about his musical influences, memories, and thoughts on the future of classical music. 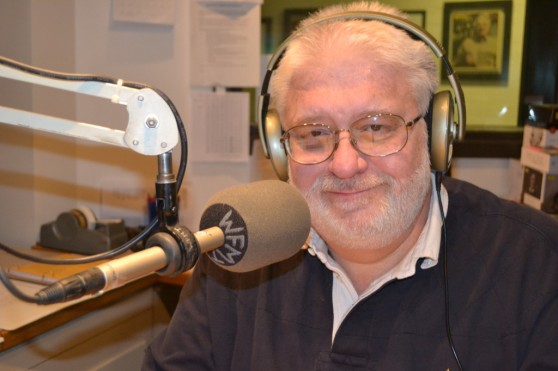 Please tell us a bit about your musical and life journey. I was born here in Chicago, but we moved to Michigan when I was 6. My mother was a music teacher and my father was a minister

At the University of Michigan, I was a music education major and played oboe and sang. My initial goal was to be a band director, though I mostly played in the orchestras at Michigan. Then I was considering being a choral director. Then I was planning to go to seminary to become a minister.

Instead, I “ran away to be in show business!”

I started my first radio job in 1972 on the overnight shift at WBFG in Detroit (98.7FM). The next year I started a 13 year run on the morning show on WQRS, the Classical station in Detroit. I moved to 98.7 WFMT Chicago in January of 1986.

As I approach retirement at the end of July, my stats are: 46 years in radio; 42 years of morning shows; 32 years in Chicago.

In addition to my WFMT role, I present pre-concert lectures at the CSO and Lyric Opera and have served as music director for a number of local churches. I have served as the stadium voice of the University of Michigan Marching Band for 48 years, including 16 Rose Bowl appearances.  Since 2006, I have also served as the stadium game announcer at Michigan Stadium. I also host the National Concert Band Festival every year in Indianapolis.

What have been some of your musical influences? My Mother was my first musical influence. She was my first piano teacher, elementary school music teacher, and my first choir director. I still remember the first time I filled in for her for a week as our church choir director. My high school choral director was also very important in imbuing a love and passion for making music.

At The University of Michigan, it was William D. Revelli. Just listening to his band rehearse was a revelation. I played oboe in his last Symphony Band during the year leading up to his retirement. This included our 4-week tour of Europe and also his retirement concert at Carnegie Hall in May 1971.

Please share a bit about your favorite musical memory? Oh, so many. Here’s an early one and a recent one:

A 7th grade junior high band trip to hear the Michigan Symphony Band concert with Rafael Mendez as trumpet soloist. Sunday afternoon band concert with 5,000 in the audience–I had to sit on the stairs!

I heard Bach’s St. Mathew Passion at the Thomaskirche in Leipzig, Germany in 2005.

Which composer would you most like to meet? J.S. Bach. There are about 200 Bach Cantatas in existence. But there are estimates of another 300-400 cantatas that did not survive. I’d love to see those

What are your thoughts on the future of classical music? People have been concerned about the “graying” and loss of the classical music audience for many years. Not so long ago, Henry Fogel quoted an article about being at a symphony concert and being dismayed because of the prominence of gray hair, etc. And then Henry revealed that the article had been written in 1935. But that’s not to say there is nothing to worry about.

The younger generation today does not really listen to the radio that much. They are listening online, with iTunes and Spotify. But that can limit one being introduced to new pieces of music. I think the most common way for folks to get introduced to classical music has historically been in their school music programs. The reductions we now see in funding for school music are a threat to the development of future audiences.

What music do you listen to when not programming WFMT? In the car, either WFMT, sports talk, or maybe some oldies pop music. We all like the music from our high school/college days…..late 60’s early 70’s is my era – Beach Boys, Beatles, Supremes, Simon & Garfunkel, etc. I was a big Blood Sweat &Tears fan too. Some jazz/big band – I was a big Stan Kenton fan

The music still moves me. There are times when I’m on the air and have difficulty with a “back announcement” because the music chokes me up..

What do you do to relax?  I watch sports. I am a big Cubs fan and still a Detroit Tigers fan. Mainly, I live and die with Michigan football. I also read about music. And I’m a bit of a news junkie, too.

Do you have any advice for young musicians?  Learn all you can. Learn from the best–and then strive to do the same. But love the music even as you’re working hard.

Please share any thoughts you may have about wind music.  High school band programs seem to still be flourishing. I am amazed at the repertoire played by HS bands at the National Band Festival – pieces like Husa’s “Music For Prague 1968,” and new music by David Maslanka and Frank Ticheli among others. School band programs are important because they remain the most likely introduction to music for many students. Dr. Revelli and the people he hired in the 1930s and 1940s were not only concerned about the University bands, but also the high school band programs in the state of Michigan.

Please share any thoughts that you may have about the Northshore Concert Band.  I was aware of the Northshore Band even before moving to Chicago. Its reputation preceded it!  And those early years of the National Concert Band Festival gave me the opportunity to work with some of the legends of the band world: John Paynter, William Revelli (again), Frederick Fennell, etc. I think the Northshore Band is a great model to inspire kids. They can learn a wide range of the very best repertory…and they have that standard of excellence to hear.

The award presentation will be during the June 17, 2018 concert A LONG TIME AGO…at Pick-Staiger Concert Hall, Evanston, Illinois. Mr. Grapentine will retire from WFMT on July 27, 2018.

Audience members will have the opportunity to meet Carl Grapentine at a post-concert reception, congratulate him on his award, and wish him a happy retirement!

A LONG TIME AGO…

Bring a group and save! Call us today to learn about discounted group tickets!