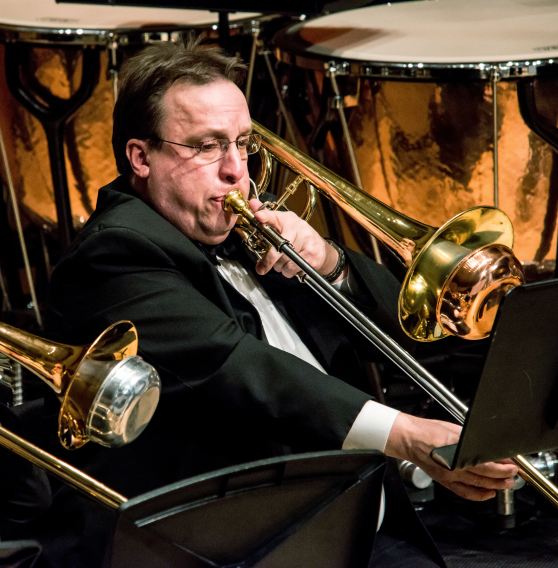 When and why did you start playing? 10 years old, My mother was a church organist and my father sang in the choir. They met in a college choir. I sang in church choir from the age of 6, and playing an instrument was the next natural step to be involved in music.

What do you enjoy most about playing? Making music with others for an audience.

Do you have a favorite musical memory?  A number of musical performance moments from high school, college, professional career.

What are your musical influences? Fine teachers and peers in band, orchestra, jazz, and chamber music idioms.

Does anyone in your family play music? My mother, father, all 3 sisters, and daughter.

Do you have any advice for young musicians? Play with musicians better than yourself.

What makes performing with Northshore Concert Band different than performing with other groups? There is a combination of a commitment for musical excellence combined with family-like relationships that can span decades.

Please add anything else that you would like our readers to know about you.  Playing last chair (bass) trombone is lots of fun!

Learn more about the Northshore Concert Band at www.northshoreband.org